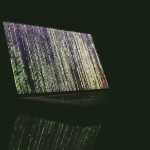 The collective known as malware is comprised of programs with malicious intent. But this general knowledge is not enough to win your fight against it. You must also know it’s history, what it is, and what you need to fight it.

In this day and age of digital information, almost everyone has heard of malware.  It is a type of “digital boogeyman” that lurks in the virtual nooks and crannies of the Internet super-highway, waiting to pounce, infiltrate and destroy.  And unless some type of protection or removal effort is put into place, destruction is inevitable.

Contrary to popular belief, malware isn’t the term for a single virus. Spyware, Trojan horses and other programs you may have heard of ultimately form a collective known as malware. When any of these programs are implemented, they usually go for the throat:

Malware is known for infecting a user’s device the moment they have the misfortune of coming in contact with it. But just as much as you could blame someone for clicking a link in an obscure email or social media post, the message, sometimes racy or sexually explicit, may have come from YOU (even with your photograph attached to it)!

In a single word, malware and everything associated with it is…BAD.

“If you know thy enemy and know thyself, you will not be imperiled in a hundred battles.”
Sun Tzu’s Strategic Attack from The Art of War

Our primary focus at Malware.xyz is to help you achieve information security. But if you are going to protect your device or digital assets (websites, mobile apps, email accounts, etc) from malware, knowing what it does is only half the battle.  You must also know what it is.

First of all, “malware” is the blending of two separate words: malicious software.  Any software program with malicious (mean, nasty, spiteful, intent upon doing harm) intent is deemed to be malware.

Even software that does not seek to destroy files, but instead seems focused on annoying the living daylights out of you, is considered to be malware.  In either case, you would need to use some type of anti-virus software to rid yourself of it.

Malware: From Past to Present

Early computer viruses originated from infected floppy disks and seemed to be concentrated on school and college campuses. These viruses, like those today, were bizarre in name and deed.

“Elk Cloner,” for example, was the name of the first computer virus known to have spread wildly among Apple II computers. This self-described “program with a personality” was created in 1982 as a practical joke, and would randomly appear on infected machines as a poem:

It should be noted that while the intent of the Elk Cloner virus was not malicious, it did, in fact, target a computer’s boot sector—the region of the hard disk responsible for loading programs. Elk Cloner prevented programs from properly executing while also targeting RAM and reserved tracks on Apple DOS disks.

“Brain,” the very first IBM PC-based virus, was a different story. Released a few years after Elk Cloner, it also targeted a computer’s boot sector but its intent was more malicious. Brain was responsible for IBM’s first PC compatible malware epidemic and would go on to become the industry standard name for a computer virus.

Inevitably, malware would begin to infect businesses and by the late 1990s, it invaded home computers via email programs. By the start of the new millennium, viruses and email worms with names like “CodeRed,” “Nimda” and “Sircam” were making users’ lives miserable.

According to Lifewire.com, malware suddenly became a “for profit” business. The rise of Javascript pop-ups and pop-unders opened the floodgates and allowed phishing scams, rootkits, lottery scams and the like to rush through. Suddenly, the main priority was not just figuring out how to remove these dreaded viruses, but also how to prevent them.

How Does Malware Spread Today?

By the way, viruses aren’t just spread by questionably explicit sites, pharmaceutical sites or sites that have dozens of those annoying pop-up and pop-under ads. Sitelock.com suggests that weaknesses in browsers like Internet Explorer—and browser plug-ins like Adobe Flash Player—put genuine websites at risk.

Although the Web can be like a humongous playground, it is often fraught with danger.  One of its biggest dangers may well be the presence of all types of computer viruses that can do everything from annoy a user to steal his or her money, identity and peace of mind.  Whatever you do, make it your business to recognize the symptoms of malware so that you can do what you need to do to get your data, devices (and life) back.

Do NOT follow this link or you will be banned from the site!