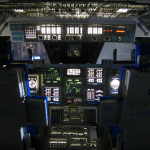 Planes and navigation systems aren’t the only targets of hijack software. Your proverbial cockpit of computers and mobile devices are also susceptible. Read our list of the most malicious hacks below, and learn what you can do to protect yourself against hijack software.

Hijacking is quite a lucrative past time. The users and creators of hijack software can gain unfettered access to bank accounts, online wallets, credit cards, personal identities, airline passenger and navigation systems, and so much more. They can even hold crucial files like hospital health information hostage, and refuse to release them until a ransom is paid. If the ransom isn’t paid, they usually threaten file deletion. Even if they don’t delete the hostage files, the mere threat of losing such vital information is enough to fray anyone’s nerves.

The problem with hijack software isn’t the fact that it has been used to hack computers in the past; it’s that its creation and use is on the rise, yet there are still people out there operating computers without any protection whatsoever.

The bottom line is, without antivirus protection and other security measures, any-and-everyone’s computer is at risk of a hijack like any of the ones discussed in the following list:  The Hijack Hall of Fame.

Hijack Software on Display: Seven of the Most Dangerous Security Exploits

There are so many malicious, hijack programs out there, it is fruitless to try to name them all. But naming them all is not the point of this article in the first place. The true goal of this article is to highlight some of the most malicious and destructive hijacks that have ever cruised up and down the Information Highway. Here are what we consider the seven most dangerous hijacks, in order of economic damage inflicted:

As mentioned, the above list of horrific hijack software is what WE consider some of the worst of all time. Others in the tech world may beg to differ. Nimda, Slammer, StormWorm, Stuxnet, and CryptoLocker did not make our list, yet they are also considered to have been some of the worst computer viruses out there.

Protecting against Hijack Software: We All Need Antivirus Protection

If you have not yet been hijacked by malware, you may think you have cleverly avoided yet another expense in this all-too-expensive world in which we live. But the truth is, browsing and working on the Internet with malware is like asking to be annihilated off the face of the earth (in this case, the World Wide Web).

In our article entitled Types of Malware, we provided a list of five of popular antivirus programs out there for your safety and convenience. Additional antivirus apps are worth listing here:

Whatever you do, choose something. If not, your computer or device may become the next victim of a virus so sinister that it is inducted into the Hijack Hall of Fame.