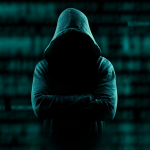 There are approximately 2 billion computers in use around the globe, and more than half of the world’s population owns and uses a smart phone. While Tech may be linked to natural human progression, the hacker undoubtedly charts its course.

Computers and mobile devices are used around the world, housing all sorts of information. This includes your identity and personal information, pin numbers and answers to security questions, bank accounts, any Bitcoins or cryptocurrency you may own, intellectual property, email and address books, phone numbers, birth dates, physical addresses and credit card information.

In short, computers house everything about who you are and what you own.

Computers are like digital file cabinets. They are tremendous space savers and can go far in helping to de-clutter your home, office or life as a whole. But they can also be a liability should a hacker gain access to your sensitive information. Once obtained, your information may be bought, sold and traded on the Web, Black Market or Dark Net.

With the exception of very young children, almost everyone has heard of computer hacks. A hacker is always ready to strike. In fact, a shocking CNN article that surfaced way back in 2014 laid out, blow-by-blow, how hackers had compromised the personal information of nearly half of America’s adults in the span of a year.

Fast forward to 2017—a year saturated with coverage about how Russia, or some other hacker, hacked the Democratic National Convention (DNC), stole information and used it to sway the 2016 presidential election.

Make no mistake: A computer hacker (depending on his/her intent) may be just as dangerous as any criminal on the loose. One could even argue that a hacker poses a greater threat.

Inside the Mind of a Hacker

So what exactly does the word hack mean? In the human world, it means to cut or saw through something or to deal a heavy blow. In the world of technology it means to use a computer to gain unauthorized, usually secretive access to valuable or sensitive data in a system.

Both definitions are eerily similar.

Regardless of intent, a god complex, to some degree, is associated with a practice contrary to rule and convention. The job of a hacker is to exploit weakness—an act which requires a sense of privilege and infallibility.

In fact, most hackers, if caught, will rationalize their actions. Many believe they have done nothing wrong. An ABC news article, which followed the story of two hackers involved in the multi-million dollar TJX retailer scam, sheds light on this idiosyncrasy. Both hackers maintained their innocence and ultimately concluded that they were the victims.

Every Hacker Wears a Hat

The word “hacker” may carry a negative connotation, but not all hackers are thieves and criminals. A Security Analyst, for example, is an ethical hacker who exposes flaws in a network or system infrastructure. This person must know the same methodologies as an unethical hacker and implement countermeasures to thwart their intrusion. Security Analysts are highly-sought out in the public and private sector.

It all comes down to a hacker’s intent, and well, his or her hat. That’s right. A hacker is seen as wearing either a black hat or white hat. This concept stems from the old Western movie genre. The hacker in the black hat is the bad guy. His contemporary, who wears a white hat, is the good guy.

But life isn’t always black and white. A hacker who is neither bad or good, but falls somewhere in between, is generally described wearing a gray hat. Gray hats don’t ask permission to exploit a system nor do they do it for personal gain.

Beware the Hacker in the Black Hat

Since the TJX cyberheist, there has been a mind-boggling number of computer hacks in the world of technology and this hacking activity doesn’t seem likely to stop any time soon. The Identity Theft Resource Center reported that in 2016, data breaches in the United States hit an all-time record high. And even before that, Money.CNN.com reported the following big-story breaches:

These breaches are definitely not all the hacking that has occurred over the last few years, but the list does give you a clearer picture of how popular (and lucrative) hacking can be.

The Hacker and the Virus

Most hacks aren’t perpetrated with virus code. A hack and infection may have common symptoms, but the way they are implemented is totally different.

A hack exploits weakness in software—usually in real-time with buffers and stack overflows. Their level of impact may be greater, but their life cycles are typically shorter than those of viruses. A hack, once detected, is patched and resolved. Viruses, on the other hand, are carefully written programs. Once implemented, they compromise computers for use in large networks that carry out SPAM and DDOS attacks.

This life seems fraught with way too many things to do. Unfortunately, when it comes to the possibility of being hacked or compromised, you’re just going to have to add one more thing to your list.

The first thing you should do is try thinking like a hacker. For those less technically savvy, this may be easier said than done. But bearing in mind the basics, like keeping your software up-to-date, properly logging out (and closing) application windows and frequently changing your passwords, is enough to keep you formidable in this ongoing fight.

Adding a comprehensive antivirus program to your list of computer protection is another smart tactic—definitely one that shouldn’t be ignored! Here is a list of five of the most popular antivirus programs.

Keep in mind that there are MANY antivirus programs out there. The ones listed above are just a sample of the kind of quality programs you can find. Whatever you decide to go with, just know that it will be well worth it to preserve your sensitive information.