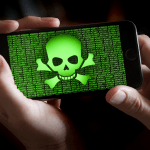 More than 1.5 million strands of computer viruses have been observed on Android devices since 2010. Mobile malware is more than just real; it has ballooned to epidemic proportions. Read on to learn what you can do about protecting your devices.

Mobile technology is wonderful thing we’ve possibly begun taking for granted. Our smart phones, tablets and laptops are intertwined with our daily lives. Should we experience a lapse in the following benefits, we would realize how much we’ve come to rely on a world that has grown increasingly mobile:

These are undoubtedly the pros of mobile technology. But there are a few cons out there, too. One of them is mobile malware. Users don’t always recognize that the same type of malware that can disrupt a personal computer and wipe out a bank account can also infect and destroy their smart phone, tablet or other mobile device.

That’s right, mobile malware DOES exist, and you need to know what it is, where it comes from and how to use the proper antivirus app to remove any malware or android virus that may have installed itself on your trusted device.

The Parallel Progression of Mobile Technology and Mobile Malware

Smart phones and tablets are essentially mini computers. In some cases, they are arguably more powerful. At a fraction of the physical size of a desktop or laptop computer, these devices can stream and record video, perform calculations, take photos, play games and open documents.

Mobile devices can also send texts across the country (and sometimes across the globe), connect you to Facebook, Twitter and other social media sites, download news podcasts, and allow you to make voice and video calls. You name it and a mobile device can just about do it.

As technology for mobile devices improve, ways to exploit them progress even faster. In fact, according to Sophos.com, more than 1.5 million samples of Android malware has been observed since 2010. That’s a lot of mobile malware!

Mobile Malware that Compromises, then Demands to be Compensated (Ransomware)

The author of the Evolution of Mobile Ransomware describes mobile phones as a wealth of valuable information unprotected by antivirus software. He outlined how most users did not (and still do not) think of mobile phones and devices the same way they thought of their computers, and therefore didn’t see the need to protect these devices with a vigorous antivirus app.

Predictably, this gross lack of protection led to disaster, because the cyber-thieves who loved to raid the computer world couldn’t resist the temptation of following the newest money trend. That trend was (and still is) the mobile technology industry…in the form of mobile malware.

Fast forward to 2014, when 900,000 Android phones were hit with malware called ScarePackage Mobile Ransomware. It was called ScarePackage because this mobile malware did just that…it scared the by-jingo out of smart phone users. The infection gained entry via Adobe Flash and other apps, and then promptly locked users out of their phones.

Next, it sent a message accusing Android users of everything from taking advantage of children to bulk spam to being animal lovers—and not the good kind of animal lover. It then glibly advised that the only way to unlock the phone and keep these digital accusations from being sent to the FBI was to pay a ransom of several hundred dollars.

Your Android is Prone to Mobile Malware

Android tablets and smart phones dominate the market, making them susceptible to mobile malware. They are hit by mobile malware from every direction, including via legitimate apps that have serious vulnerabilities that allow for infection.

Some of these malware programs are so sophisticated that users do not even have to open infected apps or MMS messages to be exploited.
According to Webroot.com, hackers can steal sensitive data or even take control of a device just by sending a MMS message; whether you open that message is irrelevant.

The bottom line is that mobile malware is out there, lurking and ready to pounce, and its effects are devastating. You need to protect your mobile device as soon as possible. If you don’t, your personal and sensitive information is as much at risk as the data stored on your desktop or laptop computer.

Mobile Malware that Disguises itself as Adware

Now seems as good a time as any to mention that mobile malware isn’t the only culprit that is plaguing the world of mobile technology. Mobile adware, also known as PUA – Potentially Unwanted Apps, is also becoming a huge problem.

Take, for example, the extremely malicious adware called Gunpoder that burst onto the scene in the not-so-distant past and wrecked havoc all around. Gunpoder was a seemingly harmless Nintendo Entertainment System emulator that users could find in a seemingly safe and well-protected third party App store. When users accessed the emulator, it proceeded to collect data on both the user and the user’s server, all the while charging users for access to the app and its cheat feature. If that wasn’t enough, it was also running up premium SMS charges.

Even if the user’s server was chocked full of antivirus apps and protection, the software usually didn’t identify Gunpoder as mobile malware because it disguised itself as adware. By the time its true intent (and identity) was discovered, the damage was already done.

Other malicious adware includes the Judy Android adware, which hid itself behind the mask of a sweet and unsuspecting “Judy character” that seemed fun and harmless. This adware was embedded deep inside the Judy app and was eventually found hiding in forty (40) Android apps on Google Play.

NakedSecurity.Sophos.com reported these applications as not being harmful in effect, but eventually contaminating the user’s mobile device by forcing it to constantly click on various Google ads in order to collect fraudulent ad revenue. Before this sneaky adware was discovered, it had already been downloaded approximately 18 million times, possibly reaching between 8.5 and 36.5 million users.

You may be wondering now whether you have ever installed a malicious app that has infected your mobile device. The following are definite signs and signals that your device has been infected:

These symptoms should be enough to help you determine whether your device is infected with mobile malware. For an in-depth review, check out our article on here.

To remove any and all malware from your mobile device, you can try the following basic steps:

From the computing devices in our pockets to modern websites that take a “mobile first” approach, everything has gone mobile! Smart technology – the force which humanizes our man made efforts – will continue to increase in intelligence. But so will its antagonist, Mobile Malware. The likes of Adware and Ransomware are poised to disrupt our way of life, now known or hereafter discovered. It is important, therefore, to familiarize yourself with the basics outlined in this article. Doing so will help protect you when banking online, sharing information with friends, or consuming content relevant to our day and age.

We invite you to review our list of the top Android antivirus software.