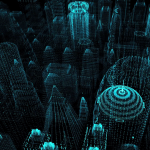 What exactly is the Darknet? You have probably imagined it as some forbidden underworld of questionable groups and individuals, but not everything about it is sinister or against the law.

When we think of the Internet, we think of advanced technology, lightning speed and a wealth of useful and sometimes not-so-useful information that is right at our fingertips. But the internet is not all sunshine, fragrance and flower garlands. There are shady – and yes, dark – places on the Internet, too.

The darkest place of all may well be what is called “the dark net” (often spelled as one word, darknet). It is a place amid the twists and turns of peer-to-peer networks, private URLs, databases and websites where questionable people, products and practices are rumored to abound.

Although it is not recommended that you take a trip there to snoop around and see what’s going on, you will probably be doing yourself a big favor to find out as much as you can about it.

What is the Darknet?

What exactly is the darknet? The name conjures images of a murky, moldy place where thing are hidden from view. A place where blurry figures lurk in the patchy darkness, just waiting to lunge upon you and steal your money or do damage to your life, business or reputation. Although the darknet is definitely a place where things like this happen, it is important to know that not everything about it is sinister or against the law.

First of all, the reason it is called the darknet is because it is located within a section of the Internet that can’t be accessed by using common browsers (like Edge, FireFox, Chrome and Safari). Sites on the darknet are not indexed like those the typical user is accustomed to encountering.

Darknet sites are protected by firewalls, encryption, and hidden IP address. To access them, you need specialized software/browsers (which will be mentioned later) that will allow you to communicate with the hidden networks.

The following are a few vital definitions to help you understand what the darknet is and how it is different from the regular Internet.

The Darknet vs. the Internet

Like the deep web, the darknet can only be accessed when you use certain custom/unique browsers and protocols. These are free, anonymous, peer-to-peer networks that make tracing who is accessing what site on the darknet a colossal headache. One specialized browser is called TOR (The Onion Router), which is managed by the TOR project. The TOR browser boasts both privacy and anonymity for its users.

Curiously enough, the TOR was supposedly created by the Navy for its intelligence agents, but now it is used by everyday surfers who don’t want people (especially the government) to know who they are, what they’re looking for in the dark web, and what they spend their money and time on.

The following is a list of other special browsers used for accessing the darknet. For the sake of time, we will not go into detail about these browsers. We do not recommend using them and strongly encourage you to do your own research before taking the leap into the underbelly of the Internet.

Who uses the Darknet?

If you are like most Internet users, you have probably imagined the darknet to be infested with hunch-backed lowlifes who have a peg-leg, a patch over one eye, and a sinister grin on their drooling lips. But you would be way off base. While there may be a few smelly characters who fit that bill, you should know that there are a variety of other individuals and groups who do not.

We have already mentioned that the military is known to use the darknet to protect sensitive information. Activists, revolutionaries, political bloggers and whistle-blowers also use it for various reasons, but usually to protect their identity, keep themselves safe or safely transfer top-secret documents or data without threat of interception.

Last but not least, the casual, carefree and curious Internet user is also known to use the darknet. The thought of snooping around and seeing with one’s own eyes just what lurks in the dark corners of the Web is often too much for naïve surfers, so they do a bit of research, find a specialized browser like the ones mentioned above, and jump into its murky waters with both feet.

To recap, although the darknet can be a creepy and dangerous place, there are many reasons that individuals, organizations and countries prefer to use it. Two of the main reasons are that using the darknet can help to insure the surfer’s anonymity, and it is a good way to maintain their privacy and keep their personal and sensitive information away from prying eyes.

If you have a hankering to explore the underbelly of the Internet, just remember that while it can be an interesting journey discovering what’s there, it can also be a dangerous place for newbies and novices.

Do NOT follow this link or you will be banned from the site!