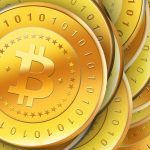 Cryptocurrency as a decentralized economic system is gaining more popularity every day. The value of Bitcoin—it’s leading digital tender—makes its users and investors prime targets for an exploit or bitcoin hack.

The world, the things that can be purchased in it, and the way we pay for them, are all changing at lightning speed. Paper money is fast becoming a mode of the past. It may not quite be there yet, but with online payment methods like Paypal, Google Wallet and the like gaining popularity—and with the ease and convenience of buying and selling with bitcoin and other cryptocurrrency—it may get there much sooner than we expected.

What are bitcoins, exactly? We’ll cover that in the next section. For now, all you need to know is that bitcoin can be used to buy and sell and they are valuable. And as is the case with anything of value, bitcoin must be protected.

If you are planning to use or invest in bitcoin, you need to get up to speed and fast! You must learn this currency’s strengths and weaknesses and how you can shield yourself (and your precious bitcoins) from malware and tech-savvy pickpockets who are plotting the next bitcoin hack as of this very moment.

First things First: What is Bitcoin?

Bitcoin is, quite simply, a new form of money. It is a “cryptocurrency,” or, form of digital money whose data has undergone advanced encryption to shield it from malware and viruses, or a bitcoin hack. Bitcoin was created in 2009 by an anonymous inventor who apparently had an aversion to banks, money handlers and greedy lending companies.

According to a CNN.com article, some of the reasons bitcoins are so popular is because they can be used to make anonymous purchases. Because bitcoin isn’t subject to any country or regulation, international transactions are both easy and inexpensive.

Better still, bitcoins are not associated with banks, middlemen or transaction fees. They are free from government control, and like using Paypal and other forms of electronic payments, bitcoins can be sent from one person to another without using a single piece of paper—or even a post-it note—to complete the transaction.

Bitcoin is a curious currency that, like almost everything else in our current-day world of technology, is not going away. That’s right, what began as a befuddling method of digital commerce has evolved into a steady favorite of consumers across the globe, and we would all do well to learn as much as we can about it.

RELATED:  What is Bitcoin Theft?

Since no one controls bitcoins and transactions remain largely anonymous, bitcoins are gaining more popularity every day. This popularity translates into value. As a matter of fact, one (1) bitcoin is currently valued at $4,271.18 US dollars (as of August 2017, the time of this writing). This value in itself makes a bitcoin user a prime target for malware and potential hacks.

The most common bitcoin hack occurs at the wallet level. A bitcoin wallet is an application which implements various security mechanisms to “store” bitcoins—namely, the private keys associated with each bitcoin address. These “digital wallets,” as they are called, are responsible for facilitating bitcoin transactions and calculating balances.

There are five (5) types of digital wallets—each with a varying degree of availability and security. Desktop wallets, for example, are believed to offer the most security and are, therefore, the least available (or accessible). Mobile and online wallets, by contrast, offer more availability but less security. Hardware wallets are a favorite among investors with large quantities of bitcoins, and paper wallets utilize an offline solution that gives a user full control.

Visit this link for more information on wallets and exchanges.

Is Your Wallet subject to a Bitcoin Hack?

According to Investopedia.com, a bitcoin hack was once inconceivable. This is because bitcoins undergo various encryption techniques to ensure their safety. Aided by logging transactions on the Blockchain, a platform used to track digital assets, the system seemed ideal for bitcoin’s decentralized status.

But some bitcoin experts argued the opposite. They felt that like everything else on the Web, bitcoins were vulnerable to specialized malware and other shenanigans that would lead to a bitcoin hack. This was quickly confirmed when a series of exploits tanking the likes Mt.Gox and Silk Road left many bitcoin users questioning the security of their cryptocurrency wallets.

In the meantime, Forbes.com warned that there were at least 150 types of malware which specifically targeted bitcoin, making it the most extorted of all cryptocurrency.

How a Bitcoin Hack is Pulled Off

One way hackers snatch other people’s bitcoins is to simply divert its destination by redirecting it from its original wallet to another unauthorized destination. Something like this happened to a bitcoin user who was trying to pay a friend by sending bitcoins to his wallet. The bitcoin payment never arrived, and when the user tried to cancel the transaction, the bitcoins went to the unauthorized wallet anyway. Somehow, through some bitcoin hack or malware, someone changed the destination address to their own address. Because the user never confirmed the original destination, he or she sent the transaction to the thief’s address.

This fiasco was (and is) proof positive that ANYTHING can be hijacked on the Internet. Therefore, bitcoin users would do well to educate themselves about how to protect their currency before something similar happens to them.

10 Ways to Prevent a Bitcoin Hack

The above list of tips and suggestions is not an exhaustive one. If you scour the Web, you’re sure to find others. The bottom line is that bitcoins are here to stay, and if you plan to use them to make a purchase, accept them as payment, or invest in them, you must make it your business to learn all you can about them to avoid a potential bitcoin hack.