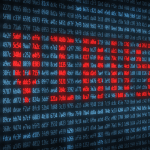 You hear about it all the time, but what exactly is a computer virus? Read on to learn about the vulnerabilities of computers, and the 12 common symptoms of an infected machine.

This is the age of the computer, but you probably already know that. Computers are everywhere! According to Reference.com, there were already nearly 2 billion personal computers worldwide by October 2014. We’re well beyond that date now, so this figure is likely outdated.

Even though we can’t be specific about the numbers, we can make the following statement with complete confidence and utter conviction: There are a whole lot of computers in the world today.

What is a Computer Virus?

With so many computers out there, some of them are bound to get sick. In the computer world, a sick computer is said to have a “virus.” But what exactly is a computer virus? Norton.com, maker of Norton Antivirus, says that a computer virus is a software program with malicious intent. A computer virus manipulates the behavior of the machine it infects and will spread to other machines if it isn’t quarantined.

Like the real live viruses that humans struggle with, computer viruses have different names and characteristics, and they affect computers in different ways. Also similar to a human virus, a computer virus prefers to attach itself to a host—usually a legitimate file by which it can execute its code—and then spread (and sometimes multiply in the process) to other computers to corrupt or destroy the data it comes in contact with.

Sound nasty? It is. And like the human viruses we encounter in life, it can be annoying, costly, time-consuming, and even deadly (for your computer). That’s why it is important to understand computer viruses so that you can figure out whether your machine has one, how to “cure” or remove it, and how to prevent it from happening again.

So if My Computer is Slow, Does that Mean it has a Computer Virus?

Great question. The answer is, not necessarily. Sometimes a computer runs slow because it has been running a long time without a reboot (shutdown and restart). Sometimes a computer’s software needs to be updated to avoid a software conflict, or there are too many programs running in the background. A browser’s cookies or cache may need to be deleted, or hard disk space may be limited.

In these cases, a great maintenance tool like CCleaner can clean out temporary files, cookies, and other unneeded data to help your computer run faster. After you run CCleaner, you might want to go a step further and run a malware removal program like Malwarebytes, which identifies viruses and unwanted popup programs, then cleans the infected computer and prevents future infection.

Both these programs have free versions that are great for performing maintenance on your computer. After you’re done, all you need to do is restart your computer to see if its performance improves. If it does, you’re good to go. If not, it’s time to learn about the symptoms of a computer virus and what you need to do to get rid of it.

What are the Symptoms of a Computer Virus?

Just like real viruses, a computer virus will present symptoms. If you have been using computers for any length of time, chances are you’ve probably already encountered one or more symptoms that suggest your computer has been infected with a virus. They can range from “slightly annoying” to the “downright terrifying.”

The following IS NOT an exhaustive list, but one meant to make you more aware of what your computer is doing and why it may be doing it. You should make it your business to investigate other strange activities your computer may be engaged in.

It would be fruitless to attempt to identify and describe the constant influx of malware more than we already have in this article. Hopefully, this article will serve as a starting point for educating yourself on what is a computer virus, what it does, and what types of computer viruses are currently out there.

We encourage you to learn about the different types of viruses out there, as well as how to remove them from your computer. Know of any other computer virus symptoms? Be sure to share your experience by leaving a comment below!